skip to main | skip to sidebar

Spotted a bumper sticker yesterday on the back of some SUV that read, "Got Kings of Leon?" Wow. I enjoy Kings of Leon just as much as everyone else.... but putting a bumper sticker on the back of my car and announcing it to everyone just seems so permanent.
When I was 14 my dad borrowed my grandparents' van and took f0ur kids (cousins and sister) cruising around the country for four weeks. Brave, obviously. Three of us were fourteen and my sister was 12, almost 13. We left Mississippi on July 14, 1986 and headed through Louisiana bound for San Antonio first. Got to the Texas state line and found a bumper sticker in the welcome center: "Don't Mess With Texas." It had to be.
Now this van was not any ordinary van. It was tricked out beyond belief. Tan on the outside with one of those extending roofs on top so you could walk around inside. Brown shag carpet, leather brown captains seats up front, a flushing commode in this cabinet thing, a sink, and a table complete with brown velour bench seats in the back that converted into a bed. We bought a musical horn in San Antonio which we blared "Dixie" every single time we went through a Mc Donalds drive thru. (At least 3-4 times a day- remember, 2 fourteen year old boys were aboard).
That special bumper sticker needed a home. My dad bravely affixed it to the back of the extended roof part of the van. And it started a collection.
As we went around the country with our musical vehicle we collected bumper stickers of every make and kind: "Wall Drug, South Dakota," "Virginia is for Lovers," "Four Corners." Probably 40-50 in total. All around the roof of the van- the borrowed van.
Four weeks later we pulled into the shelled circle drive in front of my grandparents' farm. My poor Memama. I'm sure she was pissed. What a hideously permanent thing we had done to her glorious traveling machine. No amount of Goo-Gone would take that crap off. And she had to drive it around.
I don't know why I've always felt like a bumper sticker on my car would be almost an affront to my privacy. Am I really that much of a secret squirrel? Nah.... that's the Boss Man. But I feel like it's too OBVIOUS.
Tattoos are the same way. I just can't think of anything that I like enough that I'm sure I'll love forever. Except my family, OBVOIOUS:) But I'm not going to tattoo my family's names on my bicep.
Mainly because as I get increasing arm flab I'm afraid the results would be atrocious.
Is there anything that's "worth it" enough to you to tattoo or bumper sticker?????
Posted by alex at 10:09 AM No comments: Links to this post

Consistency isn't my forte.
Posted by alex at 11:54 PM No comments: Links to this post

My mom and dad never bought nice razors. So when I went off to college I had this underlying opinion that my roomates were being self-indulgent when they bought nice razors.
Of course their legs were smooth and glorious. Mine looked like they had been through a war.
Eventually I got over my tin foil collecting habits (did your grandmothers collect used tinfoil into a little ball? Depression era stuff, I suppose) and broke down and got the luxury drug store brand razors. It was especially cool in the mid nineties when the women's razors got all cool shaped and especially fantastic looking.
I don't know why last week I bought cheap razors at Target. Bad move.
I have just about taken off all of the skin on my shins and ankles. There are Dora bandaids on my heels.
Time to go back to the store.
Posted by alex at 8:54 AM No comments: Links to this post 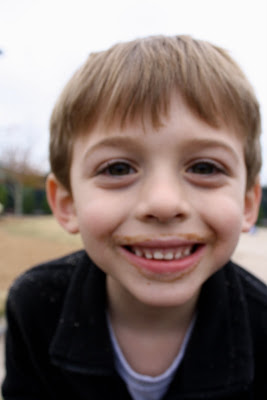 We were driving home in the trusty van this afternoon. The children had bored of my flashcard drills..... so bored that they were finally telling me about their days at school.
Quirky has been somewhat interested in this one little girl at school, Ella. He told me at the beginning of the year that he likes "how she has freckles on her face."
Today apparently they had VERY important discussion. It was reported to me like this:
Quirky: "Mom, do you know all of the phone numbers of the moms of my school friends?"
Me: "I have a directory."
Quirky: "I need you to call Ella's mom. She doesn't believe that there are real life pirates anymore. I told her that I don't believe in Justin Bieber. I told her that he's a fairy... I mean fairy tale."
How are kids so danged smart????
Posted by alex at 3:37 PM 1 comment: Links to this post 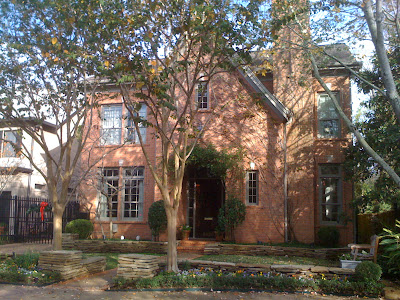 See this? It's where I live. And I'm changing it.
I've been saying that it is my house. It's now my home.
Silly semantics. But they are so very very important, I've decided.
I've found myself in a slow and steady slide- and I'm stopping it now. Most ridiculously, I have begun to view all of the things I GET to do as things that I HAVE to do. Crazy!
I GET to help build and maintain my family's home.
I GET to make my children's lunches.
I GET to remove the trash and unwanted from our home.
I GET to fight with Quirky about how his letters should be written during homework.
I GET to preserve memories that are important to me.
I SHOULD savor this. 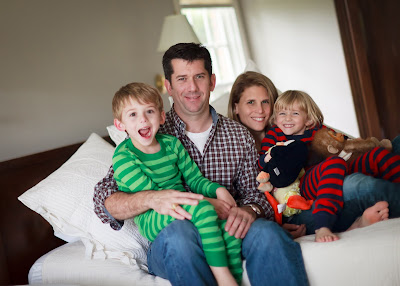 The Boss Man told me I'd hit the trifecta the other night. (Does one say "hit the perfect trifecta?" Or is that redundant?)
He came in from out of town all bedraggled and worn out. Poor guy had driven to Louisiana the night prior and got stuck in traffic until 3:30 am and then went to meetings all day and drove back to TX the next night. Pulled in to our house around 11. Ouch.
Meanwhile I'd taken nyquil and gone to bed with the kids around 8:30. Also ouch, if you count that I've been hacking and sneezing all week. But nonetheless, I had gone to bed at 8 pm. Drugged on cold meds. With both kids snuggled into our bed with me. Delicious.
Apparently I had also:
1. Left the car unlocked.
2. Left the front door unlocked.
3. Left the back door unlocked.
TRIFECTA! I WON!!!
oops. I was also in trouble.
My parents used to call me feckless. You don't have to go look it up. It means "inattentive to detail." Pretty much sums me up. Apparently I spent most of my childhood with my head in the clouds. At least it explains Quirky. I could give a rats ass about the details. Appreciate them, but pretty much only can't focus.
which brings me to my new favorite website:
www.shitmywiferuined.com
I like to send golden little nuggets to The Boss Man so he can see the humor in his wife's flaws. It seems to help.
Posted by alex at 4:17 AM 2 comments: Links to this post

I CANNOT GET ENOUGH OF THIS!!!!
I keep playing it over and over and over and over. I've always had a huge crush on Super Grover (sigh...) and now I must admit that Quirky and I spent most of the evening practicing the little dance moves that the muppets do at the bottom of the screen.
Rare that one little 1:52 snippet can sum things up so well...
FORG
Posted by alex at 9:54 PM No comments: Links to this post 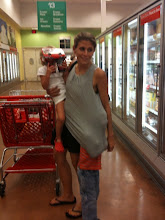